The 2015 Survey on Reading of Thai Population

The infamous saying that “Thais read only about eight lines a year” emerged some years ago is regarded as an embarrassment and still remembered by many people until today. Even though the claim has never been verified by any survey results and research findings, it sends a strong wake-up call that Thais read too few books.

The National Statistical Office (NSO), however, has found that Thais spend an average of 66 minutes reading each day, a 29-minute increase from the last survey in 2013.

The figures come from the NSO’s survey conducted among 55,920 households nationwide between May and June last year. They were released at the 43rd National Book Fair in Bangkok in late March, 2016. The NSO began carrying out the survey on Thais’s reading behaviours in 2003 and continued once every few years into the 2010s.

In the 2015 survey, which was jointly conducted by TK park for the first time, respondents were divided into four age groups: 6-14, 15-25, 25-59, and over 60. The results show that although more than half of the people surveyed read electronically, newspapers remain the most popular reading material at 67.3 percent, followed by online media/SMS/emails at 51.6 percent.

With the release of the NSO’s findings, it is even more reassuring that the claim that “Thais read only about eight lines a year” is completely groundless. However, inequity in people’s access to books and information technology, censorship, the freedom to read, and developing critical thinking skills through reading are more important issues to be tackled by all parties involved than the public’s low reading rate. All sectors will need to give their input and devise workable solutions to the problems.

Download infographics of The 2015 Survey on Reading of Thai Population 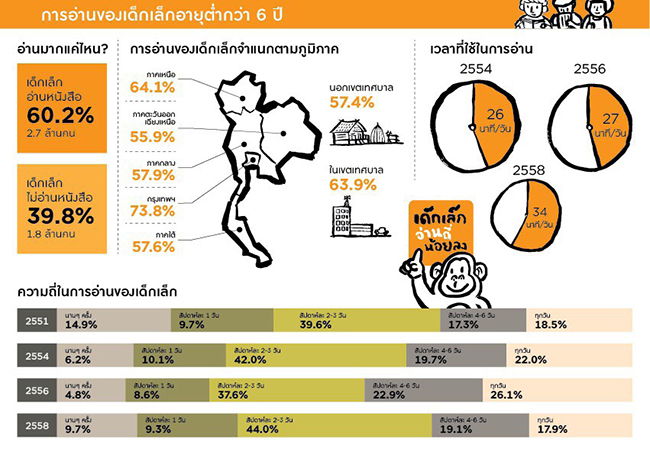 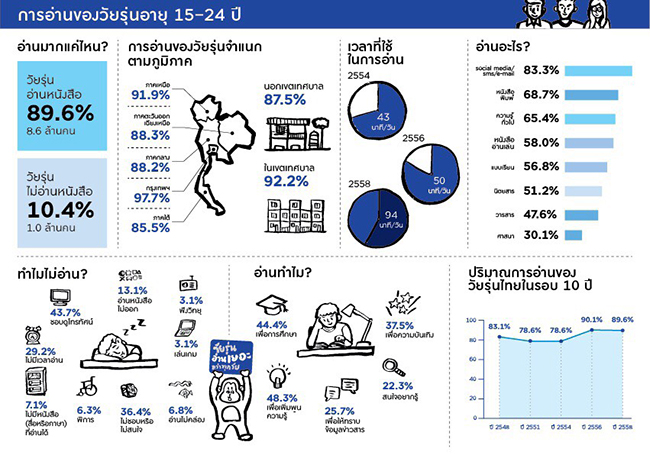 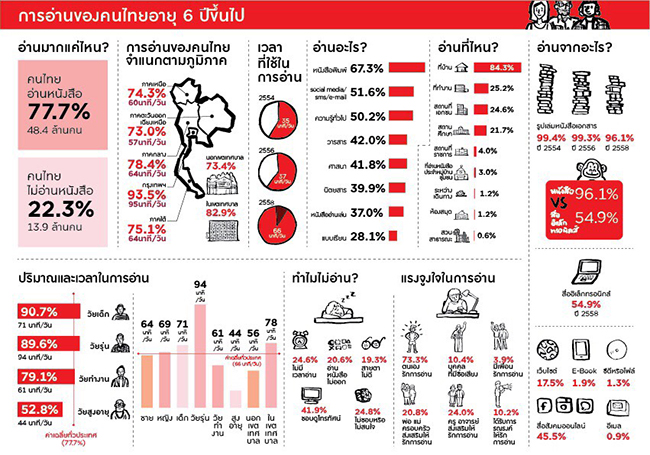