We are delighted to welcome you to the next movie, in our monthly Contemporary World Film Series.

‘Kushuthara-Pattern of Love’ brings to the screen a story of love, karma, history, culture, in the stunning landscapes of Bhutan. Charlie is an American photographer on a visit to Bhutan, and finds himself strangely attracted to Chokima, who is married to Bumpala, and is part of the weaving community in the village. In the background, is a legendary love-story of the country, between Puntso and Meto, which fascinates them both.

Charlie enjoys all the simple pleasures of the countryside, from the colorful weaving demonstrations, to the music, dance and drinking sessions. As he follows Chokima, the ‘patterns’ increase, the memories enlarge, and he understands and accepts the rules of Karma.

The film is directed by Bhutan’s first female film-maker Karma Deki, who studied in the New York Film Academy. It has a big cast of Bhutan’s top film artistes, including  famed actress Kezang Wangmo in the lead, who is a Member of Parliament. It also stars a Western actor, for the first time in a Bhutanese film – talented British TV and film artiste Emrhys Cooper .The film was shot in the exotic, unseen areas of Eastern Bhutan, where the director comes from.

The movie created waves at various festivals around the world, and had a theatrical release in the US and UK.

www.top10films.co.uk: The country’s Buddhist legacy remains a cornerstone of the narrative.

youthincmag.com: This touching tale of forbidden love  that spans across countries and lifetimes, is one certain to capture the hearts of audiences worldwide.

‘KUSHUTHARA-PATERN OF LOVE’ (with English sub-titles), will be screened at TK Park, on Saturday, 29 JULY, 4 pm.

The screening of the film is supported by the Royal Bhutanese Embassy.

Bhutanese Ambassador HE Tshewang C. Dorji will introduce the film.

Snacks and refreshments will be served by the Bhutanese Embassy, after the screening.

Film Auditorium will open at 3:00 pm 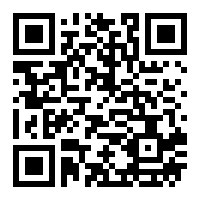