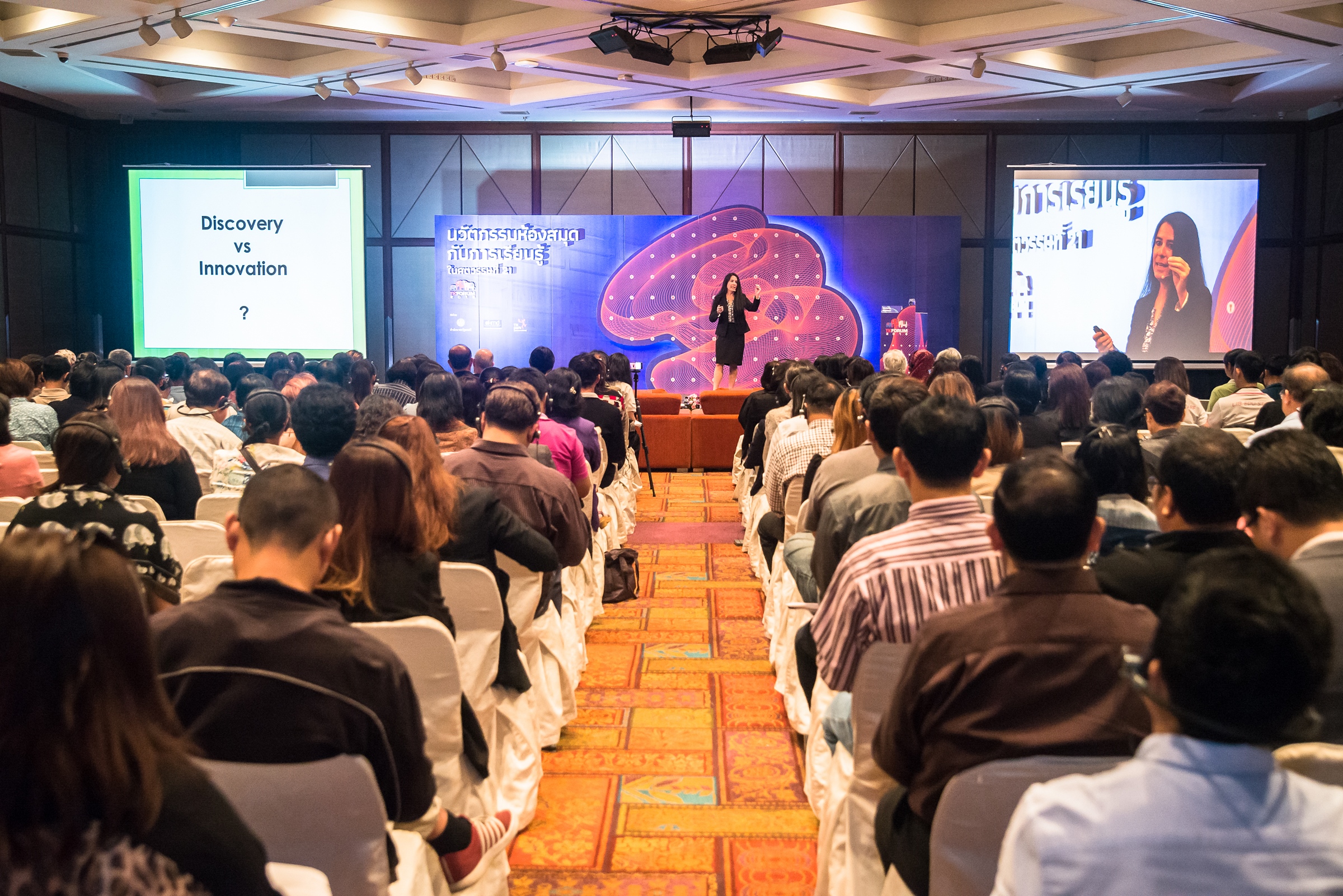 When the world of technological is moving fast, will a source of knowledge like a library be able to retain its role and potential to respond to the users’ needs in the digital era? What does the future hold for libraries if they cannot keep up with the changing academic environment?  To exchange ideas and hold talks with all stakeholders on this topic , TK park, a unit under the Office of Knowledge Management and Development (OKMD),  organised TK Forum 2016 under the theme “Library Innovation and Learning in the 21st Century” to be held from 9am–6pm on  March 31, 2016 at Meeting room 3-4, Queen Sirikit National Convention Center.

Rames Promyen, Vice President of OKMD and Acting Director-General of TK park, said the annual meeting was part of the effort to drive Thailand towards a creative learning society.  TK park has continuously organised an annual academic conference since 2005 to strengthen cooperation and exchange knowledge on reading promotion strategies and development of learning resources among policymakers, academics and activists.  The agency hoped that new ideas and recommendations gained from the forum would bring positive changes in the society, Mr Rames said.

Khunying Kasama Voravarn na Ayudhya, a member of the OKMD Board of Directors, said the forum stressed the importance of the creation of the innovation and creative ideas as tools develop to develop user-centered library services that corresponded to the 21st-century learning skills.

Wattanachai Winichakul, head of TK park’s academic department, said: “People who attended TK Forum 2015 agreed that we need to turn public libraries into creative spaces. For this year’s forum, we invited foreign speakers from the public library sector to share ideas and innovation used to invigorate libraries in their countries. We can learn from the global lessons and adapt them to our l local context.”

Mr Wattanachai said the day-long event also provided participants with information on future trends for libraries and librarianship as well as enabled them to prepare for the changing role of libraries.

The TK Forum 2016 featured keynote speakers Kimberly Matthews, Assistant Director of the Miami-Dade Public Library System; Brian Gambles, former director of Library of Birmingham; and Ngian Lek Choh, advisor of the National Library Board (NLB) of Singapore. The three guests spoke about “Managing Innovative Personalities for Successful Library Innovation” , “Future City, Future Library: Experiences and Lessons Learned from the Library of Birmingham”,  and “How to Develop and Promote Innovation in the Public Service: Case of Public Libraries in Singapore”, respectively.

Mr Wattanachai said Mr Gambles was the public face of the Library of Birmingham and praised for steering the project through its development over the last decade before he early last year.  The state-of-the-art library, which opened on in September 2013, attracted more than 2.7 million visitors in its first year.

The Miami-Dade Public Library System is the seventh largest public libraries (by size of population served) in the United States, with more than eight million visitors each year. In 2008, it was awarded the National Medal for Museum and Library Services, the nation’s highest honor for museums and libraries.

Mr Wattanachai said Ms Ngian Lek Choh was working on a project to develop innovative digital services for the National Archives of Singapore.

“There were very interesting case studies involving Singapore’s use of mobile and wireless technology in its library services,” Mr Wattanachai said. “Singapore is working to introduce robots in libraries.”

TK Park’s Library System will be closed for maintenance