Leaping into A New Decade 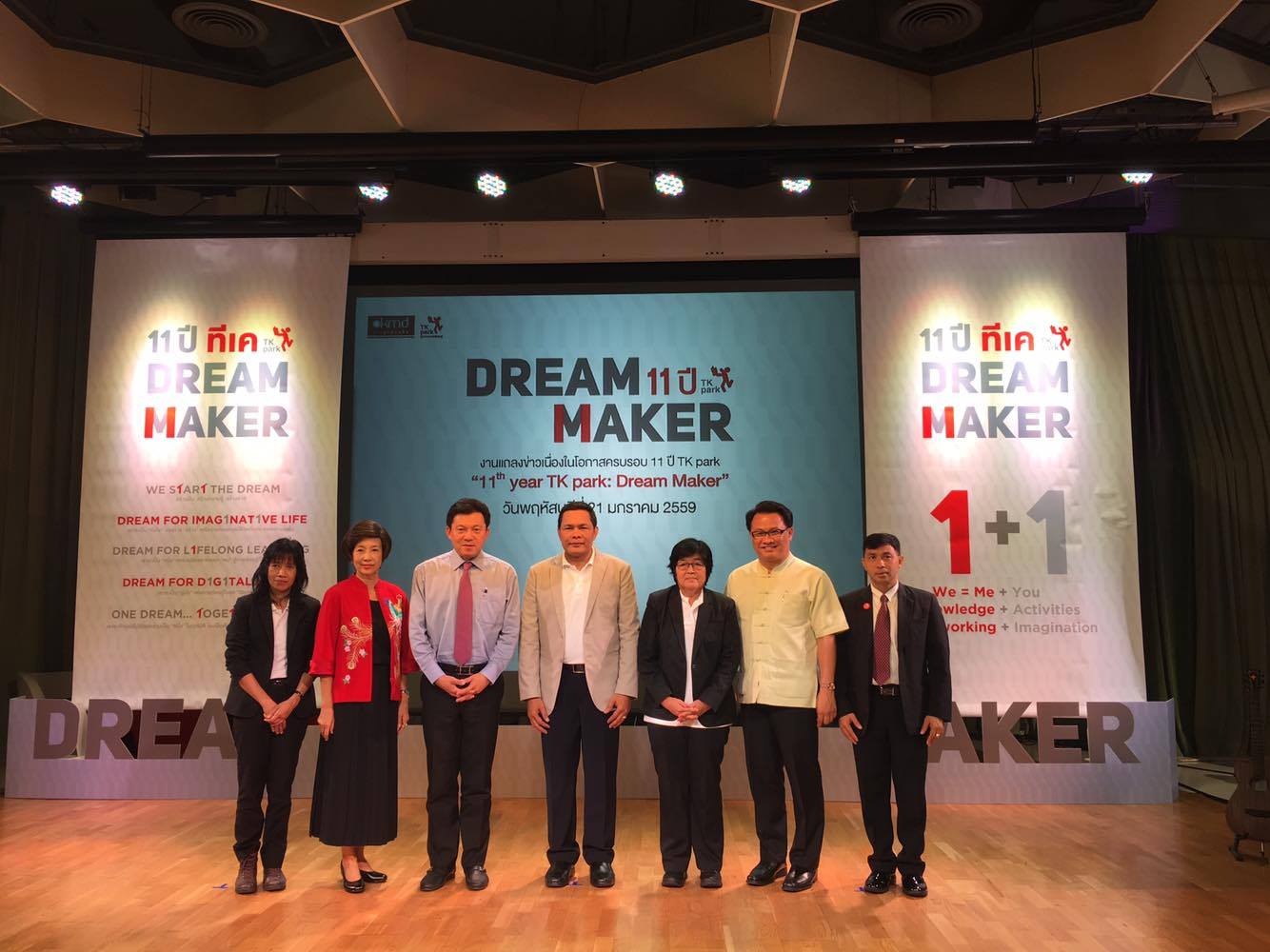 TK park held a press conference to announce its 11th anniversary celebration under the theme of “11th Year TK park: Dream Maker” and a seminar entitled “We Are Dream Makers” along with plans to expand learning network to cover all regions of Thailand. Rames Promyen, who was appointed new TK park director on Jan 1, 2016, was introduced at the conference attended by TK park representatives from each region.

Rames Promyen, Vice President of the Office of Knowledge Management and Development and Acting Director-General of TK park, said he was happy to have a chance to work with TK park as it was a leading orgnisation that had contributed to creating knowledge-based society for a long time, especially through its activities to promote reading and lifelong learning. Since its establishment in 2005, TK park had tirelessly worked to achieve its three core missions: creating prototypes of learning platforms; promoting reading and lifelong education; and proving youth creative spaces to explore their personal interests and excel their skills. The agency had become a model and a source of inspiration for private and public organisations both inside and outside Thailand.

“We have established 34 knowledge parks in 25 provinces across the country in the past decade. This year we will join forces with local administrative bodies in all regions of Thailand to implement more proactive policies on increasing the number of “living libraries”, further development of prototype learning centres and transferring knowledge on living library management to local agencies on a larger scale,” Mr Rames said. 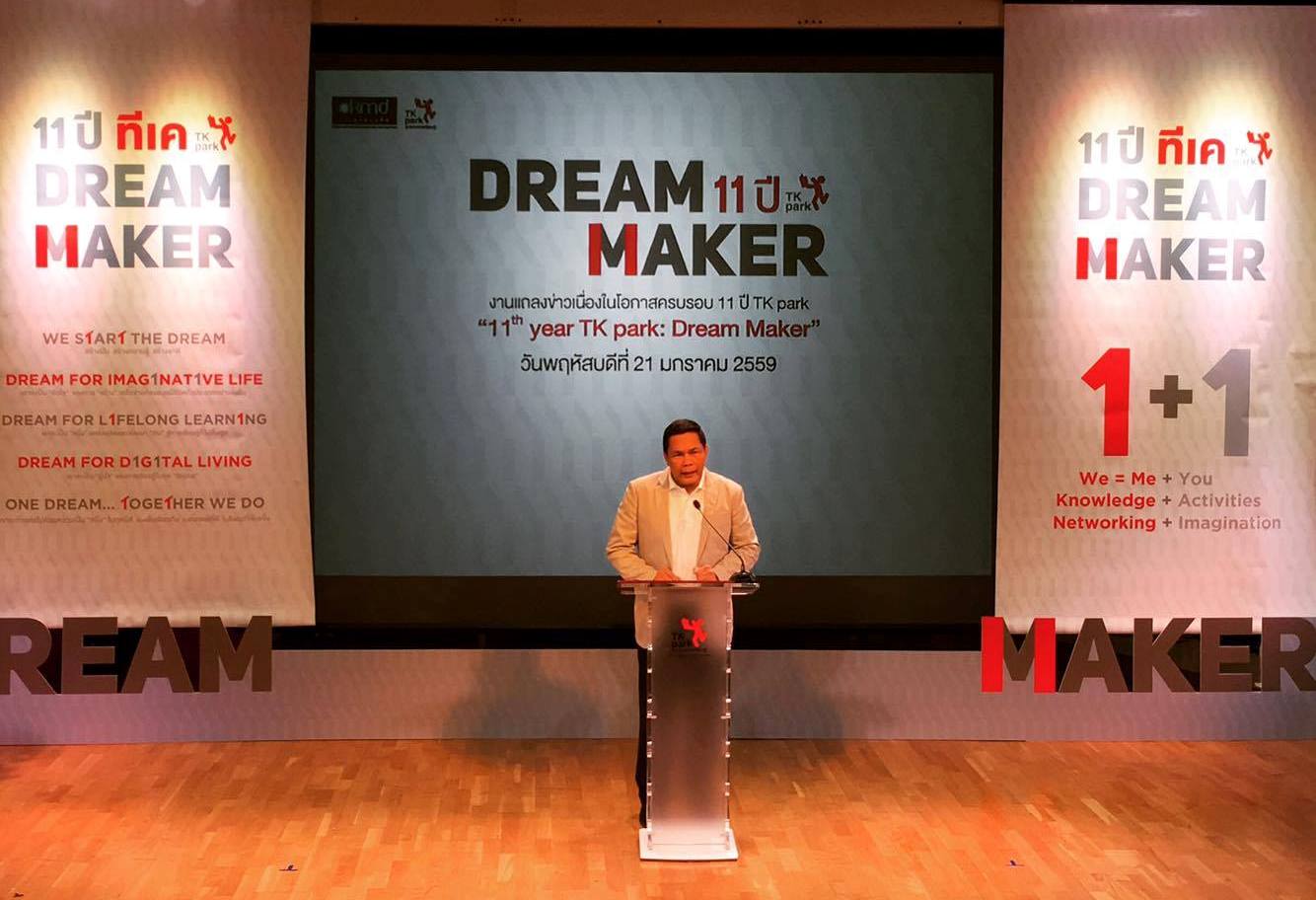 “TK park’s work is not about building libraries, but we are creating a culture of lifelong learning through the spread of knowledge that meets local needs. In 2016-2017, TK park will expand its network to cover other areas of the country. At the top of the list is a new knowledge park in Roi Et, followed by Phuket, Krabi and Pattani.

“We are not just putting money into construction buildings. Our job is to asses a community's physical environment and draw up work guidelines accordingly. Each living library will vary according to the community’s socio-cultural context. I think that how such a small agency can expand its work so much in only 11 years can surely be called a success.”

Mr Rames said TK park had also adapted itself to changes in the behavior of library users by launching “TK Public Online Library” which offers more than 7,000 books for online reading. Currently, it is Thailand’s biggest and most modern online public library. 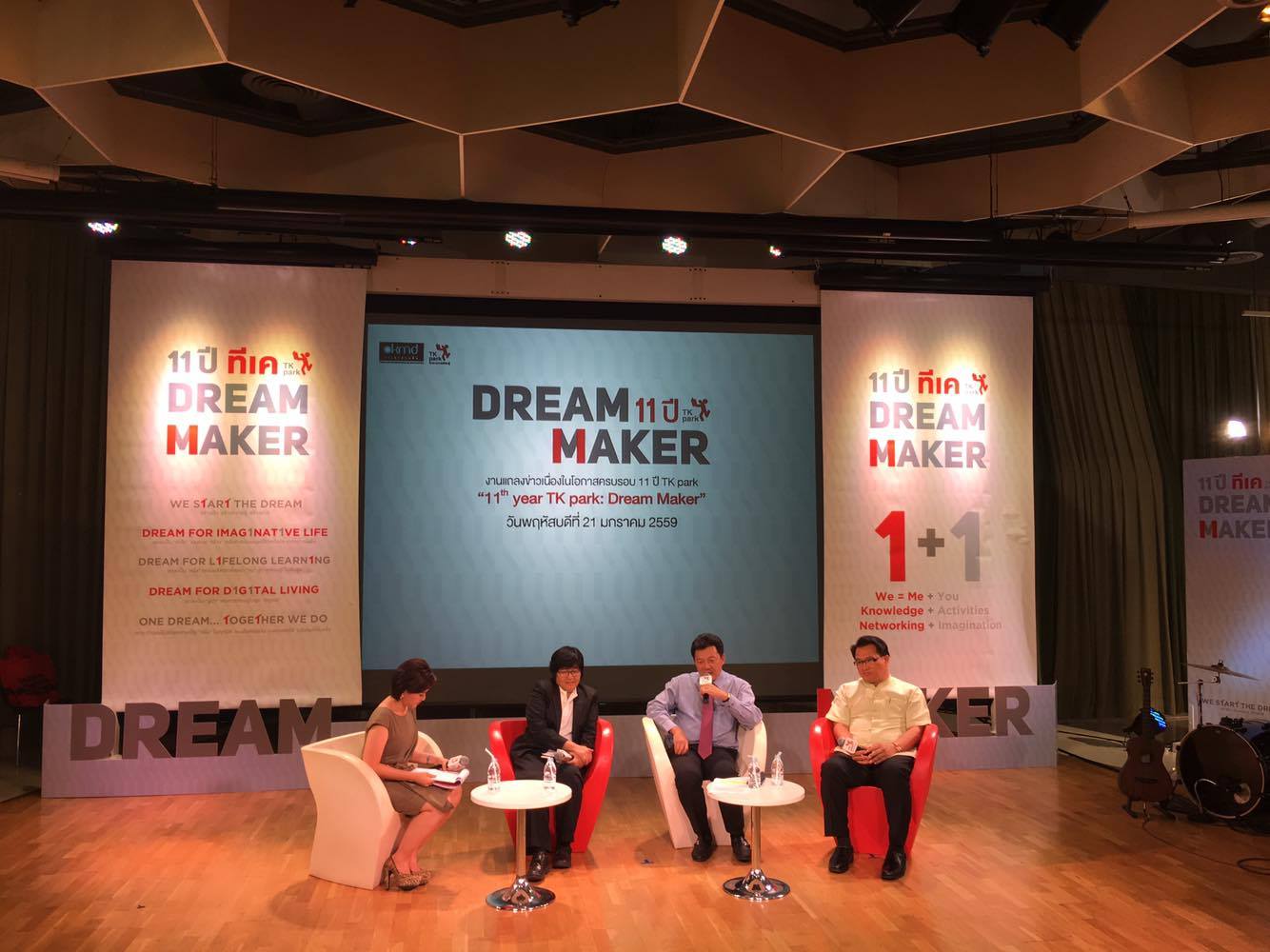 Tassanai Wongpisetkul, Tk park’s advisor, said TK park’s first 10 years were devoted to building a strong foundation and from its 11th year onward the agency would focus on working more proactively in order to turn local communities’ dreams into reality.

“The expansion of TK park network to cover other regions is carried out based on local needs and it’s mutual cooperation. It’s not that we are building more [TK park] branches. In fact, local people are the owners and they manage the knowledge parks by themselves,” Dr Tassanai explained.

“TK park began to expand its network for the first time with the launch of TK park Yala nine years ago. The mayor of Yala Municipality paid great attention to this project and has been coordinating with us closely ever since. TK park Yala became a big success and model for other localities. We’ve been giving living library know-how and empowering people because local communities are most important. So, whatever we do has to be based on the community’s socio-cultural context.

“All knowledge parks in the provinces have received an excellent welcome from residents. For example, the TK park Ban Pru in Songkhla and TK park Satun where kids queue up outside even before the opening hours. The knowledge parks in Trat and Roi Et provid spaces for the young and the elderly people to meet up and do activities together. This helps reduce an age gap between them a lot. each venue also has a workshop to teach basic computer skills to senior citizens, same as the TK park Bangkok. All activities have got very good feedback.”

Dr. Kittipoom Narmwong, mayor of Lampang Municipality, said the TK park Lampang has generated an unprecedented level of interest in reading and learning among local of all ages since it officially opened on August 14, 2015. He said  the popularity has made the facility a truly learning hub for people in the communities and genuinely served the interests of the public.

The mayor of Yala municipality, Pongsak Yingchoncharoen, said TK park Yala was a “neutral public space” for young people coming from different cultural backgrounds. It was also the place where people leaned to accept other people's differences and opinions, apart from opening up learning opportunities for local people.

“These things are basic principles for people in the southern border provinces to live together peacefully in the future,” Mr Pongsak noted.

Activities were held under the theme “11th Year TK park: Dream Maker” on January 21-31, 2016 to mark the agency’s  special occasion. Many acclaimed industry experts were invited as guest speakers.